A huge thank you to our Russian sister site, and shadowkate for sharing and translating the questions with us, and then very kindly posting the answers.

And of course a huge thank you to Steven Long Mitchell, for taking the time to answer them!

We are your faithful Russian/Ukrainian/Belarusian fans. You said you’d like some questions – we’ve got plenty more of them! We decided to write you a collective letter, because not all of us speak English – BUT all of us are die-hard Pretender fans! 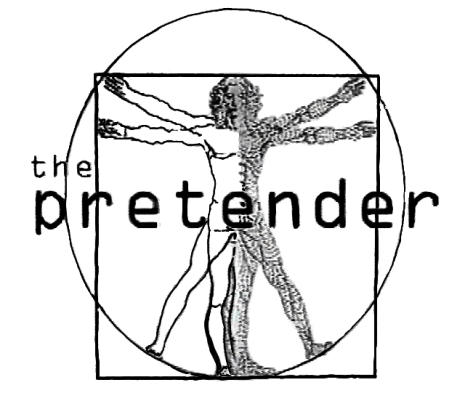 So here are the questions:

Craig is on holiday celebrating his daughter’s birthday so I will answer these for both of us.  He said to tell you all hellp and that he will join in next time.

FIRST MAY I SAY TO THE RUSSIAN/UKRAINIAN/BELARUSIAN FANS THAT YOUR QUESTIONS ARE AMONG THE BEST I HAVE EVER SEEN.  THE R/U/B FANS MUST BE QUITE INTELIGENT AND INSIGHTFUL.

1. Is there a going to be a Pretender cartoon?

JAN – we have no plans for what is called a ‘cartoon’ here – (here ‘cartoon’ refers to animations mainly made for children). So I may not understand your question completely.

What we do have plans for is what we call Graphic Novels – which are a somewhat more adult form of a comic book.  (This may be what you are asking me and I am just lost in the translation).  The graphic novels will be announced in a few weeks and will cover stories of Miss Parker and Jarod’s teen years and stories of other characters from the Centre.

1. Is Miss Parker going back to smoking? It did give her some edge!

Catherine, Another great question.   In the first novels Miss Parker does smoke – whether she continues in all of them is yet to be seen.

2. Do different names have a special meaning in the realm of the Pretender?

Yes – and no one has ever asked us that!

Is the fact that some characters only have first or last names just a great move on the side of the writers or is it an important thing?  Whether a great move on purpose or one we stumbled into – the fact they only have one name is important.  Why do most convents and hospitals, which are important to Jarod and Miss Parker, bear the name of St. Catherine? Is it a hint?

Well…what do you think?

3. Why at the beginning of “Pretender – 2001” we are told that if Miss Parker knew the truth about Catherine Parker, “it would be tragic”?

As the novels progress we will reveal more and more how the story of Catherine is very important to all things Pretender – and the characters within.

4. In the interview on the French DVDs it is mentioned that we don’t know the whole truth about Margaret. Is she somehow involved with the Centre? Why does she say she is sorry when she is leaving Carthis?

As with the story of Catherine – the story of Jarod’s parents will get explored in new ways with greater revelations as to their connection to the Centre and people within it.

5. Do we know everything about Mr. Cox? He seems to have some hidden agenda in the Centre. Will he be back? He and Miss Parker had a weird kind of chemistry together!

To be honest – we don’t know yet – sometimes the characters show up while we are writing and demand to be involved.

6. Did Brigitte know that she would die after giving birth to her child? Why did she marry Mr. Parker? Did she care about him (it seems she did). It was cool to hate her, but in the season 3 finale she became likable, siding with Miss Parker and all.

7. Why did Catherine Parker trust Mr. Raines (with Ethan, her supposed suicide and everything else)? Did she have any other endevours with him? With what did Mr. Raines trust her?

I refer you to the answer above about how we will delve much deeper into all things Catherine.  You answers will be uncovered there.

8. Why isn’t the murder of Catherine Parker addressed in the movies? No time? But Miss Parker would probably like to get her revenge on Mr. Raines, wouldn’t she? Or is there more to Catherine’s storyline?

There wasn’t enough time in the movies to tell all the stories in dept – but we will tell them as we proceed forward.

1. Were the Scrolls initially planned (at the beginning of the show)? Where did this idea come from? Who is the author of this idea?

Margo – we have known where we wanted the story to go from the beginning – and there is a long long way to go.

By the way – the scrolls are in a box on my desk – would you like a peek inside?

1. Why is Jarod so important to the Centre?

Ah, Tatiana – if I told you that would you keep coming back to find out?  What I will tell you is that as The Pretender story is Reborn we will eventually reveal everything.

1. I’d really like to know why such an important organization as the Centre, which follows the principle “No man, no problem”, kept Fenigore alive (or was it just Mr. Parker) and gave him money? Why is HE so important/valuable to the Centre?

Alina – that is a very good question – and one that we want you to wonder about.  Why indeed is he that valuable?  There must be a story behind that – don’t you think?

2. I’d also like to know a bit more about Angelo. The main question is this: was it just a coincidence that Jarod’s DNA test (in Bloodlines) pointed to Miss Parker and Angelo being related? Can he be Miss Parker’s distant relative and whose side of the family would it be then (Mr. Parker’s or Catherine’s), which we know so little of?

There you go asking another great question.  I don’t think there are coincidences in the Centre.  Do you?  Someone in there seems to be pulling lots of strings that effect lots of people’s lives.  Jarod is determined to get all of those answers and to reveal them to you in due time.

3. Whose piece of music does Angelo play in the last episodes of the second season?

I don’t remember but I will do my best to find out.  That was one of if not my favorite episode.

We realize that you are not going to answer these questions (at least all of them) before we see the books and everything else. But these are our thoughts and issues that have been bothering us for so many years.

One more thing: Jarod should probably have a Facebook page with his new discoveries in the pop culture. It would be great to keep us hanging before the first book and in between books.

I like that idea – a lot!  We are always looking for great things to keep the fans involved and this is something I will bring to the Tower and see if we can’t get it moving asap.

Thank you for the Pretender from all of us!

And just so you know I linked to your site – of course I had no idea what I was looking at – but I wanted you to know I tried.

Thank you all for being such tremendous fans.  It truly touches my
heart.  I will do my best to answers your questions in the novels and in communications like this in the future.

Best wishes to you all!