CVS and SLM answer our questions in another interview.

Discussions on this interview can be found here, you are welcome to join in! 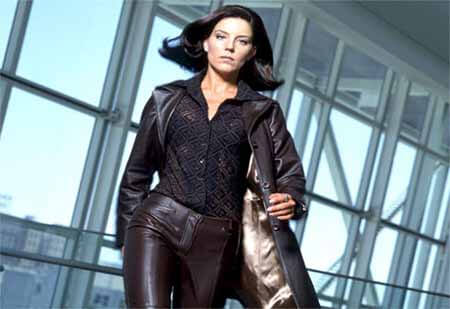 Question: Will the actors from the original series return?

Steven Long Mitchell: We couldn’t imagine The Pretender without the family of actors who made it what it was. So in the future we would definitely want them to return – but this being The Pretenderthe question is exactly how they will. We promise it will blow you mind.

Question: What show would you consider to be The Pretender of the last decade?

Steven Long Mitchell: What a great question. One I’m not sure I have a great answer for. Alias, Kyle-XY and Nakita all have similarities to certain parts of the show but The Pretender was very unique. While TV has greatly matured since The Pretender‘s initial run, there weren’t a lot of shows with as complex of characters as The Pretender that were on the air during it’s time, nor were there shows that had as intricate story lines and mysteries. To us it just seemed like the right thing to do. SO it is nice to see that in it’s own small way it was a precursor to shows that followed.

Steven Long Mitchell: In due time we plan to address as many of the ongoing questions as we can.

Question: If they brainwashed Miss Parker enough to hate Jarod, why did they allow them to meet as children?

Steven Long Mitchell: If you think Miss Parker is smart and cunning as an adult she was just as much if not more so as a child. She was determined to know Jarod and no one was going to tell her she couldn’t. In the first few novels – and especially in the graphic novels – we will explore just how head strong she was during her formative years and beyond. Look out!

Question: Can you ever hook up Miss Parker and Jarod?

Steven Long Mitchell: As Syndey taught Jarod, nothing is impossible.

Question: Will Jarod’s parents ever get together and will you address Emily, Ethan and the clone?

Steven Long Mitchell: Jarod’s search for his family is one he will never give up on.

Question: What is the historic link between the Centre and the Triumvirate?

Steven Long Mitchell: Another good question that will be answered in great detail in the novels and graphic novels and stories to come. You don’t know the half of it yet. The history of the Centre is long, deep and global.

Question: Will Zoe return and how will she affect the relationship between Jarod and Miss Parker?

Steven Long Mitchell: Whether or not Zoe returns is TBD – however the world if full of women and Miss P could very well be jealous of many of them…

Question: Did you two (Steven and Craig) write “Rebirth” or did someone else? Are Dara and Daphne vehicles by which we learn more about Jarod/Miss Parker etc. or are they going to play large roles in the story?

Steven Long Mitchell: Yes. We wrote “Rebirth” and plan on writing many, many more.

Every character in The Pretender are vehicles to learn more about the main characters. Daphne has an obsession that is near and dear to many fans hearts. She is determined to discover Miss P’s first name no matter what. Dara knows more then most can ever know – she truly understands her inner sense.

And there will be many, many more.

Question: Is The Centre still located in Blue Cove or a new location, and is there only one Centre? Or others tucked away at unknown locations?

Steven Long Mitchell: The main Centre is in Blue Cove – but we will discover that there are annex Centre’s in other parts of the world and they will become very important.

Question: You mentioned a graphic novel. Can you give us some details?

Steven Long Mitchell: Again – we want them to fill in certain parts of The Pretender/Centre stories and times in the character’s lives we haven’t explored yet.

Just like we are doing with Dara who had a very minor role in the pilot and who now will be a player in The Centre will use the graphic novels to delve into other characters more deeply. (Dara may get her own – then we can really see all the nooks and crannies in the labyrinth of The Centre she rides her trike to.)

Also we will introduce a character from the Brazilian Centre in an upcoming book – a nemesis of Miss Parker from her teen years at a Centre training facility. We plan to explore the origins of their life long rivalry in the graphic novels.

Question: Is Mr. Parker an evil person or does he love his children and both his wives?

Steven Long Mitchell: Mr. Parker has either the biggest heart in the world – or no heart at all.

Question: I would like to know if you’ll be addressing Catherine’s relationship with Raines, in a sense that she trusted him but we never got to know why or how. I bet that’s something she wrote in her diary (the one that Jarod never gave back to Miss Parker).

Steven Long Mitchell: Catherine Parker plays a major role in the novels. Her diary is vitally important to both Jarod and Miss Parker in their quest to discover their own personally truths and those about the Centre.

We will find out things about her that will blow your minds including her recipe for Peach Cobbler — and why making it with her mother was one of Little Miss P’s favorite things to do.

Guys, I know you have comments. I can’t wait to read them!